Pesek Zman was launched by Elite in 1982 and quickly became the king of chocolate bars.

Pesek Zman was born of a need that is common to each and every one of us – the need for time out (which is the literal translation of the Hebrew brand name) and a moment of pure indulgence. Pesek Zman assumed the role of reminding us that sometimes we need to take a break from the intensity of life for an intimate sweet moment.

This insight was found to be powerful and relevant to the brand, and since 2007 the "sweet moment" concept has been the brand's slogan.

During the course of the years other chocolate bars were launched in the series for personal consumption (Pesek Zman Big Bite, Pesek Zman Red, Pesek Zman 4Play). At the same time, multipacks were added to the product line (three bars in a pack) as well as miniature bars in a bag for the whole family to enjoy at home.

In 2003 the brand was extended for the first time, as part of a collaboration venture with Strauss Ice Cream, to the ice cream category, and the Pesek Zman ice cream bar was launched.

In 2007 the brand was extended again, this time to the chocolate tablet category, with the launch of Pesek Zman Fingers, which redefined the Pesek Zman eating experience: from a personal chocolate bar to a social tidbit.

At the end of 2010 the Pesek Zman 2Good bar joined the family – two milk chocolate bars filled with a wafer roll and hazelnut cream and coated in chocolate crackles for a new, light and delicious taste experience. Thanks to 2Good's success and consumer liking, in 2012 we launched 2Good White.

Charles
The most memorable Pesek Zman commercial featured the dark skinned Charles, who, while running through the Kenyan plains, stops at a red light and takes a "time out"
6
Today there are six kinds of Pesek Zman in the snack bar series.
Sweet moment
Almost everyone in Israel is able to hum the jingle, "Take a Pesek Zman (time out), a sweet moment in life…" 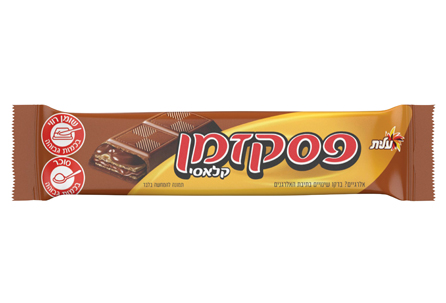 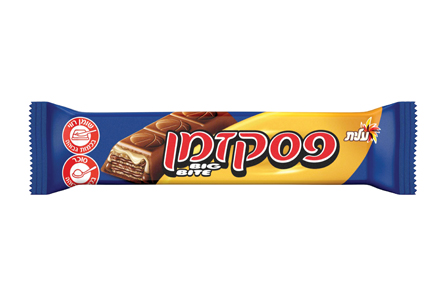 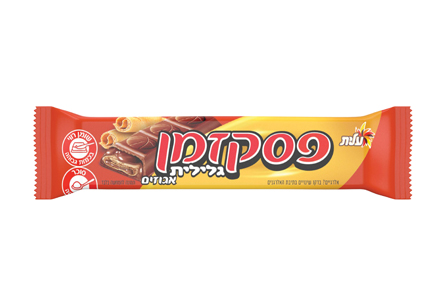 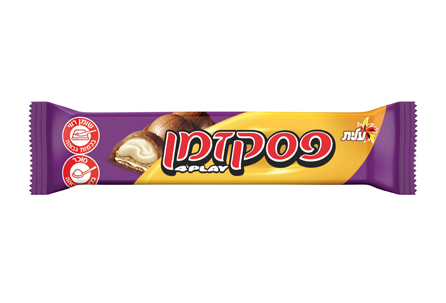