DR. SAMER HAJ-YEHIA APPOINTED TO STRAUSS GROUP BOARD OF DIRECTORS

Strauss Group Chairperson, Ofra Strauss, today announced the appointment of Dr. Samer Haj-Yehia to the Group’s board of directors as an external director, after the appointment was approved by the general meeting of shareholders of the company.

Ofra Strauss, Chairperson of Strauss Group: “I am happy that the general meeting of shareholders has approved the board of directors’ recommendation to appoint Dr. Samer Haj-Yehia to the board of directors. His appointment follows the recent appointment of Ms. Dalia Narkys, who joined our board several months ago as an external director, and the retirement (following expiration of the term of office permissible by law) of Professor Dafna Schwartz, Dr. Michael Anghel, Dalya Lev and Akiva Mozes.

“Every member of the board of directors has a significant role in shaping our development as a company. I would like to wholeheartedly thank Dafna, Dalya, Michael and Akiva for their great contribution to the Group’s maturation and its success.

“The recruitment of new directors is an opportunity for us to enrich and tailor the competencies, expertise and qualifications of the board in view of the challenges facing the company and its strategic plans. I believe that beyond Samer’s expertise and his wealth of experience in accounting and finance, he will enrich us with his extensive international experience and unique personal competencies, which will generate a significant contribution to the Group. All of us at Strauss wish Samer every success in his role.” 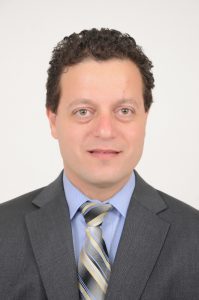 Dr. Haj-Yehia, married with two children and resident of Taybeh, has a PhD in Macroeconomics from MIT, an MBA in Finance and Banking, an MA in Economics, a BA in Accounting and Economics and an LLB from the Hebrew University of Jerusalem. He holds a license to practice law after having completed his internship at the Herzog Fox Neeman Law Office, and also completed an accounting internship at Deloitte.

Dr. Haj-Yehia has held a series of senior positions in the US with major consulting and investment firms, including six years as Vice President of Financial Engineering at Fidelity Investments.

Dr. Haj-Yehia’s academic experience includes lecturing positions in a variety of courses on economics, finance and entrepreneurship at several leading universities in the US and Israel, including Harvard, MIT, the Hebrew University of Jerusalem and the IDC Herzliya.

He is a member of the board of directors of Bank Leumi and a member of several of the board’s committees. He also chairs the audit committee of the Hadassah Hospital in Jerusalem and is a member of the Council for Higher Education of Israel. Dr. Haj-Yehia is extensively involved in voluntary social activities in a number of organizations such as Kav Mashve for the advancement of employment opportunities for the Arab community and Collective Impact.

Strauss’s board of directors recommended Dr. Haj-Yehia’s appointment following a professional process carried out in the past several months, led by the board’s nominating committee and accompanied by an independent outside consultancy.